José Antonio Serrano Argüelles is a Mexican film director actor playwright and screenwriter. He graduated with a degree in Communications from the Universidad Iberoamericana. He also attended the Royal Weber Academy of Dramatic Art in England and the Odin Teatre of Denmark. He studied with the following directors: Polish Jerzy Grotowski French Philippe Gaulier and Italian Carlos Bosso.
Read full biography

There are 17 movies of Antonio Serrano.

Bologna due agosto: I giorni della collera (2014) As Giudice Torrisi, he was 59 years old 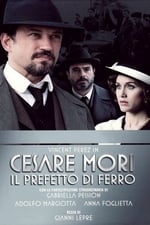 When is Serrano's next birthday?

Other facts about Antonio Serrano

Antonio Serrano Is A Member Of