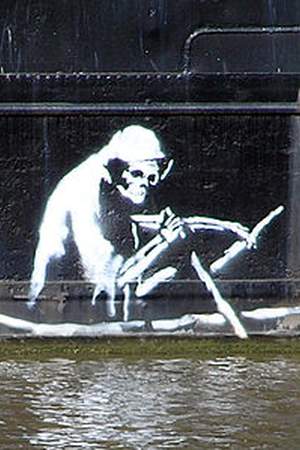 Banksy is a pseudonymous United Kingdom-based graffiti artist political activist film director and painter. His satirical street art and subversive epigrams combine dark humour with graffiti executed in a distinctive stencilling technique. Such artistic works of political and social commentary have been featured on streets walls and bridges of cities throughout the world. Banksy's work was made up of the Bristol underground scene which involved collaborations between artists and musicians.
Read full biography

There are 8 movies of Banksy.

His first feature film was Exit Through the Gift Shop (2010). He was 40 when he starred in this movie. Since 2010, he has appeared in 8 feature films. The last one is Rebel Rocket Attack. .

Other facts about Banksy

Banksy Is A Member Of 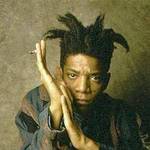 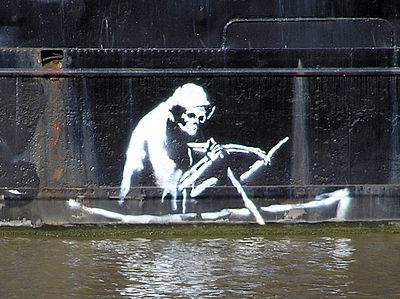