Her mother is Belinda Blew-Jones and her father is Antony Lambton. and Antony Lambton was 20 years old when Lucinda born. Her father was a British politician.

She married with Sir Edmund Cameron-Ramsay-Fairfax-Lucy, 6th Baronet in 1986. Lucinda was 42 years old. They finished their 3 years marriage in 1989.

She has two children, Henry (57) and Nathaniel (55) . When her first child, Henry Barnaby Harrod, was born, Lucinda Lambton was 22 years old.

She graduated from Queen's Gate School

When is Lambton's next birthday?

Other facts about Lucinda Lambton 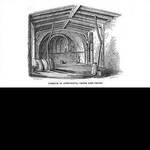 Lucinda Lambton Is A Member Of