James Duke Mason is an American actor. He is the son of singer Belinda Carlisle and film producer Morgan Mason and the grandson of the late British actor James Mason. In 2010 The Advocate listed Mason as one of the most influential young LGBT Americans in their Forty Under 40 issue. He was named in OUT magazine's 2011 Out 100 issue as one of the 100 most influential LGBT people in the world.
Read full biography

His mother is Musician When James born she was 33 years old. 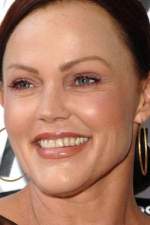 Other facts about James Duke Mason

James Duke Mason Is A Member Of