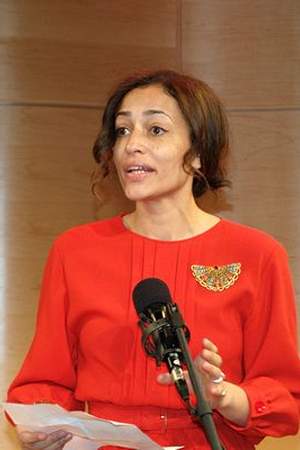 Zadie Smith FRSL is a British novelist essayist and short story writer. As of 2012 she has published four novels all of which have received substantial critical praise. In 2003 she was included on Granta's list of 20 best young authors and was also included in the 2013 list. She joined New York University's Creative Writing Program as a tenured professor on September 1 2010.
Read full biography

She graduated from King's College

Other facts about Zadie Smith

Zadie Smith Is A Member Of