Roberto Pisani Marinho was a publisher and businessman who expanded into radio and television creating a large successful media conglomerate known as Organizações Globo. He founded and was the president of the Brazilian TV channel Globo a television network that now has 113 stations and associates.
Read full biography

Other facts about Roberto Marinho 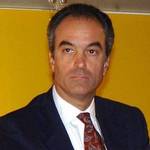 Roberto Marinho Is A Member Of