There are 7 movies of James Clarke.

Abandoned Goods (2014) As Digital Intermediate, he was 140 years old

Other facts about James Clarke 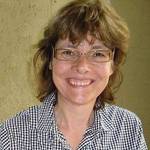 James Clarke Is A Member Of