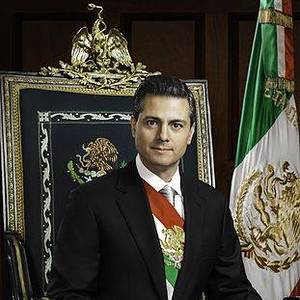 Enrique Peña Nieto is a Mexican politician the current President of Mexico. His six-year term began in 2012. He is a member of the Institutional Revolutionary Party and served as governor of the State of Mexico from 2005 to 2011. Peña Nieto was declared president-elect after the 2012 general election was declared valid by the Federal Electoral Tribunal amidst some accusations of electoral fraud. read more

He is living in Pozuelo de Alarcón.

Enrique Peña Nieto Is A Member Of

When is Nieto's next birthday?