Donald George Don Calfa is an American film and television character actor whose credits span over 40 years playing both comedic and dramatic roles. Although Calfa has appeared in many high-profile films and television series he is perhaps best known for his role as mortician Ernie Kaltenbrunner in the 1985 cult horror-comedy The Return of the Living Dead.
Read full biography

There are 38 movies of Don Calfa:

The Return of the Living Dead (1985) As Ernie Kaltenbrunner, he was 45 years old

Other facts about Don Calfa

Don Calfa Is A Member Of 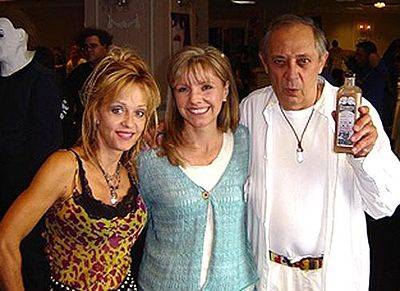