Declan Joseph Oliver 'Dec' Donnelly is a English television presenter and actor best known as one half of the English acting and TV presenting duo Ant & Dec with the other being Anthony McPartlin. Donnelly came to prominence in the children's drama series Byker Grove and as one half of the pop music duo PJ & Duncan.
Read full biography

There are 3 movies of Declan Donnelly:

SMTV Live He was 22 years old

PokerFace He was 30 years old

Pop Idol He was 26 years old

The One Show He was 30 years old

He is living in Newcastle upon Tyne.

When is Donnelly's next birthday?

Other facts about Declan Donnelly

Declan Donnelly Is A Member Of 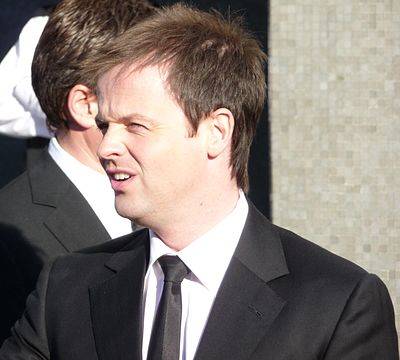