The History of The World's Greatest Story

From Victor Hugo`s classic French novel of the nineteenth century to Tom Hooper`s award winning blockbuster, Les Misérables has undergone one of the most successful transitions from book to stage to screen. In this new documentary, the scintillating journey of Hugo`s universal story is traced from book to stage to screen with contributions from those who have starred in and helped to create the entertainment phenomenon which has captured a place in everyone`s hearts. Helmed by entertainment and celebrity journalist Neil Sean, this insightful documentary traces the events of the Paris insurrection in 1832 and features excerpts from the restored 1978 Les Misérables lm starring Anthony Perkins alongside interviews with Frances Ruffelle, Hugh Jackman, Nick Jonas, Tom Hooper, Alfie Boe, Amanda Seyfried, Sir Cameron Mackintosh and Anne Hathaway. 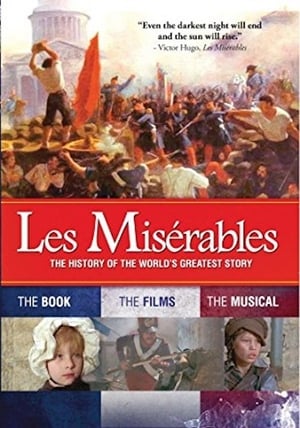 Les Misérables: The History of the World's Greatest Story (8 years)

The History of The World's Greatest Story