And you thought Earth girls were easy.

Someone is killing off the female leads of the movie production "Bad Girls from Mars." The producers feel they should try to finish the film, even though they're making a lucrative amount from insurance payoffs, so they fly in European sex bomb Emanuelle as the new lead. Emanuelle immediately begins embarrassing the producers by leading a wild party life around town. Meanwhile the killings continue, and detectives try to stop the fiend responsible. 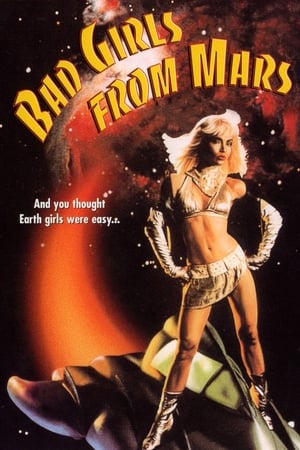 And you thought Earth girls were easy.