bster Lewis was an American jazz and disco keyboardist. Lewis was born in 1943 in Baltimore Maryland and studied at the New England Conservatory of Music under Gunther Schuller. He started out in jazz working with Tony Williams George Russell Bill Evans Stanton Davis and the Piano Choir. His first release was Live at Club 7 issued in 1971. He signed with Epic Records in 1976 and began releasing disco music where he found commercial success.
Read full biography

There is 1 albums of Webster Lewis.

His first album The Club 7 Live Tapes released 51 years ago, he was 27 years old when this album released. There were 15 songs in this album. 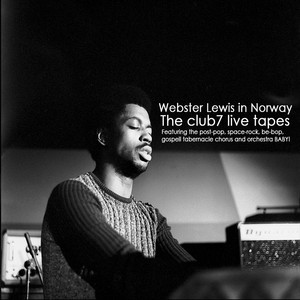 There are 3 movies of Webster Lewis.

Other facts about Webster Lewis

Webster Lewis Is A Member Of