Rafael Palmeiro is a 58 years old Former Major League Baseball player from Havana. He was born on September 24, 1964 in Havana. 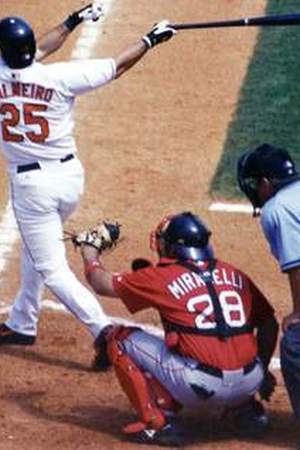 Rafael Palmeiro Corrales is a retired Cuban American Major League Baseball first baseman and left fielder. Palmeiro was an All-American at Mississippi State University before being drafted by the Chicago Cubs in 1985. He played for the Cubs Texas Rangers and the Baltimore Orioles. He was named to the MLB All-Star Team four times and won the Gold Glove three times.
Read full biography

When is Palmeiro's next birthday?

Other facts about Rafael Palmeiro

Rafael Palmeiro Is A Member Of 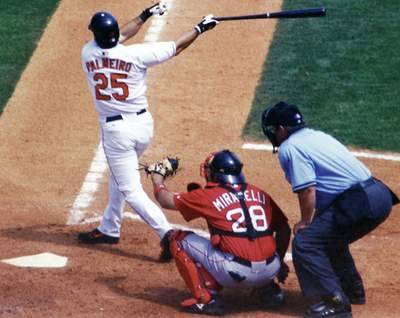