Rachel Chagall is an American actress best known for roles as Gaby in the film Gaby: A True Story for which she was nominated for Golden Globe Award for Best Actress – Motion Picture Drama and as Val Toriello on The Nanny.
Read full biography

There are 4 movies of Rachel Chagall. 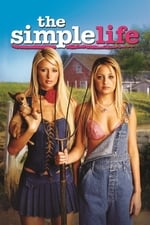 The Simple Life She was 51 years old

When is Chagall's next birthday?

Other facts about Rachel Chagall

Rachel Chagall Is A Member Of