Paul John Doucette is an American musician best known for being the rhythm guitarist drummer and backing vocalist of the band Matchbox Twenty. Doucette is also the frontman of his own band The Break and Repair Method.
Read full biography

There is 1 albums of Paul Doucette.

His first album The Best of Tabitha's Secret Vol. # 1 released 13 years ago, he was 36 years old when this album released. There were 14 songs in this album. 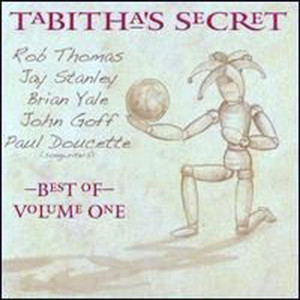 The Best of Tabitha's Secret Vol. # 1

There are 2 movies of Paul Doucette.

His first feature film was The Archer (2017). He was 44 when he starred in this movie. Since 2017, he has appeared in 2 feature films. The last one is Show: A Night In The Life of Matchbox Twenty (2004). In this movie, we watched him in the Drums, percussion, piano character .

Show: A Night In The Life of Matchbox Twenty (2004) As Drums, percussion, piano, he was 31 years old

When is Doucette's next birthday?

Other facts about Paul Doucette

Paul Doucette Is A Member Of