Pat E. Johnson is a 9th degree black belt in the art of American Tang Soo Do. He is the president of the National Tang Soo Do Congress which was originally created by Chuck Norris in 1973.
Read full biography

There are 11 movies of Pat E. Johnson.

The Little Dragons (1980) As Karate Instructor, he was 41 years old 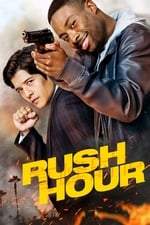 Rush Hour He was 77 years old

Other facts about Pat E. Johnson

Pat E. Johnson Is A Member Of