Osvaldo Bargero is a 75 years old editing from Italy from Milan. He was born on December 25, 1947 in Milan.

There are 8 movies of Osvaldo Bargero.

The Elevator: Three Minutes Can Change Your Life (2015) As Editor, he was 67 years old 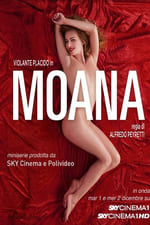 Moana He was 61 years old

When is Bargero's next birthday?

Other facts about Osvaldo Bargero

Osvaldo Bargero Is A Member Of