Michael Thomas McCaul Sr. is the U. S. Representative for Texas's 10th congressional district serving since 2005. Since the beginning of the 113th Congress he has been the Chairman of the House Committee on Homeland Security. He is a member of the Republican Party. The district stretches from Austin to Houston. He is currently the wealthiest member of Congress.
Read full biography

When is McCaul's next birthday?

Other facts about Michael McCaul

Michael McCaul Is A Member Of 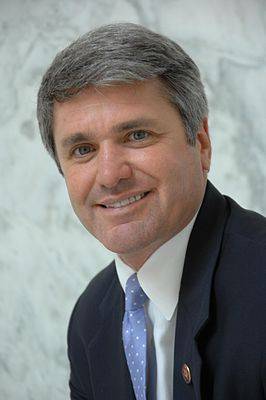