Mark Wells is a 41 years old New Zealand Actor from Auckland. He was born on September 14, 1980 in Auckland.

There are 5 movies of Mark Wells.

His first feature film was The Chronicles of Narnia: The Lion, the Witch and the Wardrobe (2005, as Older Edmund). He was 25 when he starred in this movie. Since 2005, he has appeared in 5 feature films. The last one is Complete Guide to Guys (2005). In this movie, we watched him in the Leopold character .

The Chronicles of Narnia: The Lion, the Witch and the Wardrobe (2005) As Older Edmund, he was 25 years old 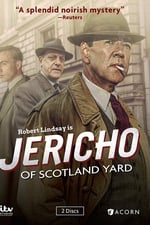 Jericho He was 25 years old

Other facts about Mark Wells

Mark Wells Is A Member Of