Lady Barbara FitzRoy was the sixth and youngest child of Barbara Palmer 1st Duchess of Cleveland a mistress of Charles II of England. Although Charles publicly acknowledged her as his child he was probably not the father. She became a Benedictine nun known as Benedite.
Read full biography

Other facts about Lady Barbara FitzRoy

Lady Barbara FitzRoy Is A Member Of 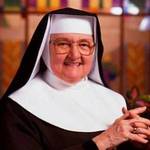