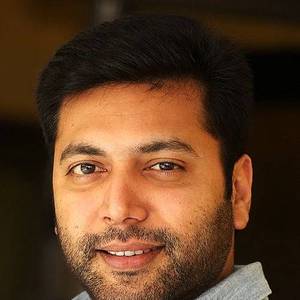 Ravi Mohan better known by his stage name Jayam Ravi is an Indian film actor of the Tamil film industry. Ravi has appeared in films including Jayam which since then became part of Ravi's stage name M. Kumaran Son Of Mahalakshmi Unakkum Enakkum Santhosh Subramaniam and Thillalangadi all of which have been directed by his brother M. Raja.
Read full biography

How tall is Jayam Ravi?

When is Ravi's next birthday?

His first feature film was Bhoomi (1970). Since 1970, he has appeared in 32 feature films. The last one is Thumbaa (2019). In this movie, we watched him in the Special Appearance character .

He graduated from Loyola College

Other facts about Jayam Ravi

Jayam Ravi Is A Member Of