Joslyn Baum was a lawyer soldier writer and film producer and the first president of The International Wizard of Oz Club. He is best known as the author of To Please a Child and The Laughing Dragon of Oz. read more 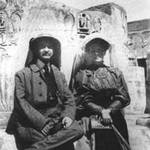 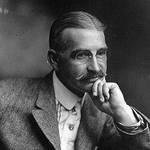 He graduated from Cornell Law School and Cornell University

Frank Joslyn Baum Is A Member Of

When is Frank Joslyn Baum's next birthday?

Frank Joslyn Baum was born on the 3rd of December 1883, which was a Monday