Floyd Crosby is a 85 years old American cinematographer Floyd Crosby was born on December 12, 1899 (died on September 30, 1985, he was 85 years old) in as Floyd Delafield Crosby.

There are 47 movies of Floyd Crosby:

The Fast and the Furious (1955) As Director of Photography, he was 55 years old

Other facts about Floyd Crosby 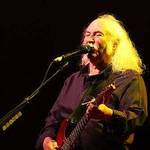 Floyd Crosby Is A Member Of