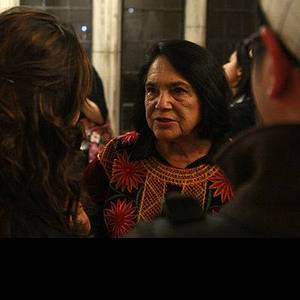 Dolores Huerta is an American labor leader. She was born on April 10, 1930 (91 years old) as Dolores Clara Fernández Huerta.

Dolores Clara Fernandez Huerta is a labor leader and civil rights activist who co-founded the National Farmworkers Association which later became the United Farm Workers. Huerta has received numerous awards for her community service and advocacy for workers' immigrants' and womens' rights including the Eugene V.
Read full biography

When is Huerta's next birthday?

Her first feature film was Miss Representation (2011, as Herself). She was 80 when she starred in this movie. Since 2011, she has appeared in 2 feature films. The last one is The Latino List: Volume 2 (2012). In this movie, she played the character Herself .

Other facts about Dolores Huerta

Dolores Huerta Is A Member Of 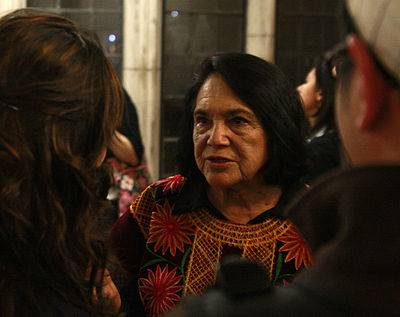