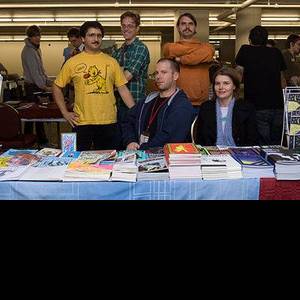 Andrice Arp is a U. S. comics artist and illustrator and the daughter of Halton Arp. She has been a contributor to the self-published comic called Hi-Horse. In 2004 Hi-Horse Omnibus comprising all new material was published by Alternative Comics. Arp also contributes to comics anthology Mome. In September 2006 Arp's work was featured in an exhibit at the Cartoon Art Museum in San Francisco as well as a museum in New York. read more

Andrice Arp Is A Member Of 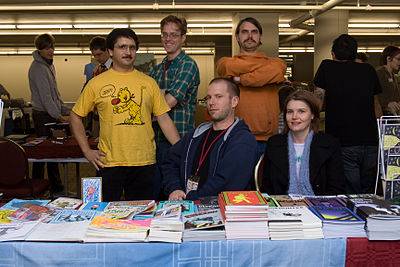