Ameesha Patel is a Film actress. She was born on June 09, 1975 (46 years old) in Mumbai, Maharashtra as Amisha Amit Patel. Her nickname is Patel Amisha.

Ameesha Patel is an Indian actress who appears in mainly Bollywood movies and also in Telugu films. Making her acting debut in the blockbuster Kaho Naa.. . Pyaar Hai Patel won critical praise for her performance in Gadar: Ek Prem Katha which became one of the biggest hits in the history of Hindi cinema earning her a Filmfare Special Performance Award.
Read full biography

Her mother is Actor

When is Patel's next birthday?

Her first feature film was Bhool Bhulaiyaa (2007, as Radha). She was 32 when she starred in this movie. Since 2007, she has appeared in 34 feature films. The last one is Aakatayi (2017). In this movie, she played the character Item Number .

She graduated from Tufts University

Other facts about Ameesha Patel

Ameesha Patel Is A Member Of 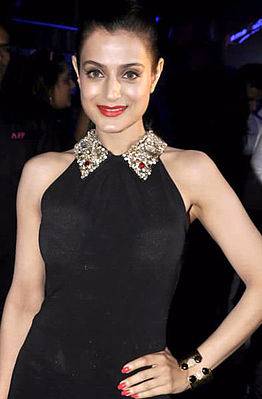