Violet grew up in Ashland, Oregon and performed in theatre productions while in high school. She began her Youtube channel in July 2006 and started daily vlogging in 2007 for a school project under the username Meekakitty when working in Hong Kong and Thailand as a fashion model. However, she quit modeling by 2009. Violet's early content focused on storytelling, skits, and music videos, including fan-made music videos for popular artists such as Relient K, Family Force 5, and Mika.

After moving to New York City in 2009, Violet gained attention after winning $100,000 in a YouTube competition by receiving the most comments on her video entry. In 2011, Violet was featured in fellow YouTube creator Nanalew's music video for the song "Sail" by Awolnation. The video went viral and has since amassed over 370 million views. On September 24, 2012, Violet appeared in the music video for "Cray Button" by Family Force 5. She also directed the music video for the group's song "Chainsaw", featuring Tedashii.

Since beginning to record and release music in 2013, the focus of Violet's channel has shifted to her original music. She has also dropped the moniker Meekakitty, instead using her real name, Tessa Violet, across all platforms. It later became an official music channel in 2019.

Violet released her first album Maybe Trapped Mostly Troubled on March 18, 2014. The album was produced by Seth Earnest at Maker Studios, with John Zappin as A&R. Despite the lack of attention from traditional media sources, the record debuted at number 10 on the Billboard Heatseekers chart and sold 5,000 copies in the first three months.

Violet released the lead single "Dream" from her EP Halloway on September 16, 2016. The full EP was released October 14, 2016. She released videos for all songs on the project.

In 2018, Violet revealed she was working on her second album, Bad Ideas. "Crush," the first single from the record, was released June 15, 2018. An accompanying music video directed by Big Forest was released on YouTube on the same day. As of May 2021, the music video has reached over 82 million views on YouTube. The single led to Violet being featured on YouTube's Artist On The Rise. The entire album was set to release on August 3, 2018 before an alteration in the album's release plan. The album's title track, "Bad Ideas," was released as a single on November 30, 2018. "I Like (the idea of) You" came out in May 2019. She released Bad Ideas (Act One) in July 2019, featuring remixes of the first three singles of the project.

On October 25, Violet released her second album Bad Ideas. The album contains 11 tracks, 4 of which have been released as singles (Crush, Bad Ideas, I Like (the idea of) You, and Games). The song was released via the label T∆G MUSIC.

Violet has also been involved in numerous musical collaborations. In December 2014, Violet teamed with fellow YouTube musician Rusty Clanton to form the band People You Know. The pair released a Christmas album called You, Me and Christmas, featuring four cover songs and one original song entitled "You and Christmas." She has also collaborated with Dodie Clark, Lauren Aquilina, Orla Gartland and Bry.

Violet played the role of Tricia in the 2016 independent film The Matchbreaker. Her song "Cash Cash Money" was included on the film's soundtrack.

Description above from the Wikipedia article Tessa Violet, licensed under CC-BY-SA, full list of contributors on Wikipedia. 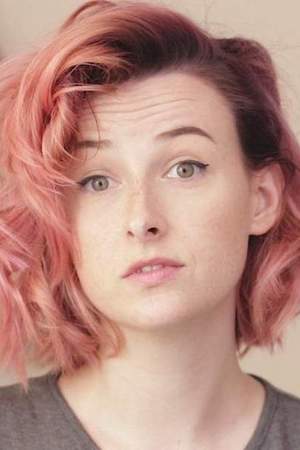