Tadros was born in Cairo, Egypt to a Christian family. His father, Emmanuel Saadi Tadros, was a Coptic Christian, and his mother, Suzette Sawaya, was of Syro-Lebanese descent. Tadros's parents immigrated to Quebec when he was ten years old. His father bought him a guitar when he was 12 and he started composing and singing, eventually performing at the Vieux Damas venue in Saint Vincent.

His fame began to grow after he took part in Première chance, a TV program hosted by Fernand Gignac for new talents, in which he sang "Je t'aime, tu sais". Soon after this, he released his first album Manuel Tadros which featured the song "Un trésor de velours" that topped the Quebec charts. He was also known for his song "Isabelle". Tadros also hosted the variety shows Jeunesse and Pop Express between 1982 and 1984 on Télé Métropole.

Toward the end of the 1970s and throughout the 1980s Tadros turned to writing songs for other artists, including the hit tune "C'est zéro" for Julie Masse. He also wrote for Véronic Dicaire, Roch Voisine, Nicole Martin, Patrick Norman and Natasha St-Pier and for shows including Cirque du Soleil's Alegria

At the beginning of the 1990s, Tadros diversified, doing voice-overs for movies and TV series. He acted on stage including in the 2001 play Roméo et Juliette, de la Haine à l'Amour. He also hosted the educational magazine Code d’accès between 1998 and 2000.

Tadros wrote the French versions of the music in Chicago in 2003 (including the French-language musical comedy adaptation of the film) and Nostalgia in 2004. He is the voice of Rodrigo Borgia in the Ubisoft game Assassin's Creed II and its follow-up Assassin's Creed: Brotherhood in addition to the short film Assassin's Creed: Lineage. He has dubbed close to 750 films and series.

Tadros is a founding member and administrator of ArtistI, an organization that oversees the payment of royalties to artists. Diabetic from a very young age, he is known for his involvement as a spokesman for Fondation de la recherche sur le diabète juvénile (FRDJ) for many years.

Manuel Tadros is the father of Quebec film director and actor Xavier Dolan.

Description above from the Wikipedia article Manuel Tadros, licensed under CC-BY-SA, full list of contributors on Wikipedia. 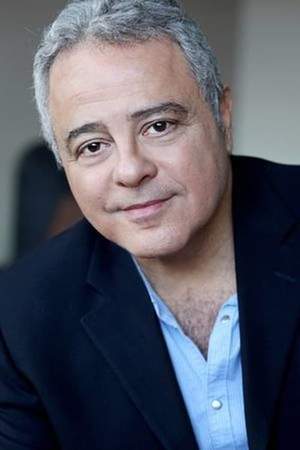