Magda Apanowicz (/æpəˈnoʊvɪtʃ/ ap-ə-NOH-vitch; Polish: ; born November 8, 1985) is a Canadian actress. She is best known for her roles as Andy Jensen on the ABC Family series Kyle XY, as Lacy Rand in the Syfy science fiction drama series Caprica and as Emily (born Maya Hartwell) on the science fiction series Continuum. Recently, she starred as Sandy in the Netflix thriller series You.

Apanowicz is of Polish descent and spent a year in Poland in the ninth grade. She lived there with her uncle and attended a school in Jelenia Góra. She later studied at Vancouver Film School.

She became interested in acting at the age of 10, after her brother introduced her to Pulp Fiction. She began her career in 2002 with brief appearances in the TV series Jeremiah and John Doe. From 2007 to 2009, she played the role of Andy Jensen on Kyle XY. In 2008 she starred in the Hallmark Channel original movie Every Second Counts.

In 2009, Apanowicz was cast as Lacy Rand, a series regular, in the television drama Caprica, with Eric Stoltz and Alessandra Torresani. She later appeared in Hellcats. In 2012, she guest starred in the second season of Jane Espenson's romantic comedy web series, Husbands.

In 2017, Apanowicz was cast as Angela in the science fiction thriller film Volition. It was released in 2020.

In 2019, Apanowicz was cast in the recurring role of Sandy on the second season of the Netflix thriller You.

Description above from the Wikipedia article Magda Apanowicz, licensed under CC-BY-SA, full list of contributors on Wikipedia. 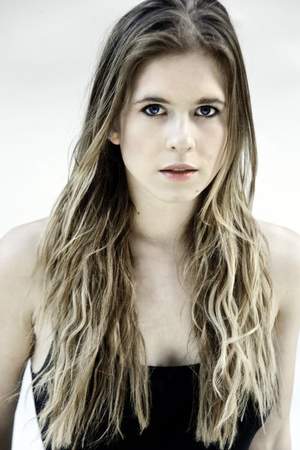