Gregory "Greg" Heffley is a fictional character and the protagonist of Jeff Kinney's Diary of a Wimpy Kid series. He serves as the antihero and unreliable narrator of the series.

Greg Heffley is mischievous, lazy, paranoid, arrogant, and dishonest. He is known to become jealous easily. He also tends to be a poor friend, something even he agrees with. He doesn't like taking the blame for negative events, and attempts to twist any situation he can in his favor, so that he may go up his "popularity ladder." Despite all of these negative traits, he has displayed a kinder side. Throughout the series, Greg's schemes to acquire money and popularity always backfire. He also enjoys playing video games, particularly the fictional "Twisted Wizard".

His best friend is Rowley Jefferson (they often get into arguments). Rowley takes part in Greg's schemes and is sometimes a victim of Greg's manipulation and deception. The two have a very complicated relationship, as Greg sometimes takes advantage of Rowley's good nature, and his own schemes fail due to Rowley's foolishness, such as Rowley's "confession" to the vandalized wall. Rowley's parents, mostly his father, view Greg as a bad influence on their son. This is because Greg has a tendency for getting himself and Rowley into trouble. In 'Wrecking Ball', it is revealed that Greg truly does have a soft spot for Rowley, as Greg cries when it is time to say goodbye to him.

At school, Greg receives bad grades, gets bullied, deals with the hardships of middle school, and is always trying to earn popularity points in order to gain attention and respect (though his plans to do so often result in either his own popularity dropping, or unintentionally boosting Rowley's popularity). At home, Greg has a mixed relationship with his family, especially with his younger brother Manny, who is overly pampered and protected by his parents (particularly his mother Susan). His mother tries to devise ways for Greg and his older brother Rodrick to get along but which never work out. Greg's father, Frank, is annoyed by Greg's antics and laziness and tries to make him more active. Greg has a love/hate relationship with his older brother, Rodrick. Greg is often tormented and bullied by Rodrick and is also the victim of his pranks yet they do care for each other deep down. In addition, he has inherited many of Rodrick's traits (such as laziness, large ego, disdain for sports, being a trickster, etc.). In fact, many of Greg's teachers dislike him because they originally had Rodrick as a student even though Greg's classroom behavior does not mirror Rodrick's.

A notable trait of Greg that becomes more apparent as the novels go on is his lack of logical and critical thinking. A lot of his actions are shown to have no thought or consideration prior to being acted out, and usually end in disastrous repercussions. This is shown in when he delays his family by drying his sock after stepping in a slush puddle while heading to an airport, and later burning the sock while attempting to dry it. Greg also has been shown to display constant forgetfulness as well as no linear thinking. A good example of this is when he constantly has to remind himself to put his socks before his shoes after a string of incidents involving him doing the opposite act.

Greg is a fan of video games and comic books and he sees them as talents, which annoys his father Frank. His greatest gift is for cartooning and dry humor, evidenced by the many comic strips he has drawn.

Another character trait of Greg is his paranoia, which sometimes seems to get the better of him. A notable example of this is in Cabin Fever, in which he is worried that his old doll, Alfrendo, will come back to haunt him, and the Santa's Scout doll that he fears is actually following him around before finally realizing it is Rodrick who is doing it. Another notable example is in 'Wrecking Ball', when Gregs fears an imaginary monster called 'The Grout' and locks himself in his room until his father screws the door out.

Greg rarely learns from his ill-fated mistakes and continues to scheme and plot for his various goals. Because of this and his impulsive nature, he usually puts himself and others in trouble, and will often try to find another person to take the blame.

Neighboring Greg is his awkward, unpopular and eccentric schoolmate named Fregley, whose vast variety of oddities disgust and befuddle those around him, including Greg, who tries to distance himself from Fregley as much as possible. Though Greg detests the fact that he is next-door-neighbors with Fregley, the only time he has ever shown interest in acquiring friendship with Fregley is in the eighth book Hard Luck, where he becomes friends with Fregley (though this was really to Greg's advantage to become popular).

Greg is also noted for having many attractions to girls throughout the series, most notably a girl named Holly Hills, his classmate. His schemes usually fail in the hope of attracting girls though. One very notable example is The Third Wheel, where Greg attempts to use Rowley as a wingman to get himself a date for the upcoming Valentine's Day dance. He succeeds in obtaining the chance to take a girl named Abigail to the dance, but Rowley, who tags along as a third wheel, hence the name, proves to be a better date than Greg at the dance. This ultimately leads to Rowley and Abigail becoming a couple, setting the stage for Hard Luck.

There has been debate online over whether Greg's persistent traits of narcissism, showing little regard for the safety of others (notably demonstrated in the case of his treatment towards supposed best friend Rowley) and having an inflated sense of his own superiority, are instances of him displaying sociopathic behavior or tendencies. In a video covering the topic, titled "The Dark Truth of Diary of a Wimpy Kid", it is claimed that of the 13 traits commonly used to diagnose individuals with sociopathy, Greg Heffley exhibits 12 of them.

Greg has also been known to be very clumsy, as he forgets his homework, and when he was eight, wet the bed. Despite his many flaws and the situations they have landed him in, Greg can be caring, intelligent, courageous, compassionate and thoughtful, and has done a number of good deeds to prove this, such as deceiving his classmates that he threw the cheese away (to save Rowley's reputation), helping Rodrick complete his science project, etc. Greg also showed unusual maturity when he chose to conceal his late Meemaw's diamond ring that he found in an Easter egg, not wanting to see his family fight over it because it had not been willed to anyone.

In the first three adaptations of the series, Greg was portrayed by actor Zachary Gordon. The first adaptation Diary of a Wimpy Kid was directed by Thor Freudenthal. The film was released on March 19, 2010. It was released on DVD, iTunes, and Blu-ray on August 3, 2010. The movie stars Zachary Gordon as Greg, Robert Capron as Rowley, Steve Zahn as Greg's father, Rachael Harris as Greg's mother, Devon Bostick as Rodrick, Chloë Grace Moretz as a new character named Angie, and Connor and Owen Fielding as Manny.

The second film Diary of a Wimpy Kid: Rodrick Rules was released by 20th Century Fox on March 25, 2011 worldwide and March 17 in Singapore with the old cast reprising as their roles. The film was directed by David Bowers and it follows Greg and Rodrick's mother Susan's misguided attempts to force the two brothers to bond with each other through a system called "Mom Bucks". It received mixed reviews from critics though it has received several awards and has been nominated for several nominations, mostly at the 33rd Young Artist Awards.

The third film in the franchise is titled Diary of a Wimpy Kid: Dog Days and was released on August 3, 2012, with the old cast returning in their roles. Bowers returns as director, and the film follows Greg's rough summer break. It is the final film to feature the original cast.

The cast was completely changed for the fourth film Diary of a Wimpy Kid: The Long Haul, which was released on May 19, 2017 with Jason Drucker as Greg, Charlie Wright as Rodrick, Owen Asztalos as Rowley, Wyatt and Dylan Walters as Manny, Tom Everett Scott as Frank and Alicia Silverstone as Susan.

Greg Heffley appears on Poptropica's 18th island, "Wimpy Wonderland," which revolves around the Wimpy Kid series. Greg has also appeared as a balloon in the Macy's Thanksgiving Day Parade since 2010. Poptropica's 28th island, "Wimpy Boardwalk," also revolves around the Wimpy Kid series. Wimpy Boardwalk was the first time that Greg was shown in color.

Although the character was acclaimed by critics in the books, the reception was not the same for the film; Rotten Tomatoes has said that Greg is an "unlikable protagonist". Pomeranz disliked the character of Greg Heffley, saying "I really thought he was unpleasant. I did not want to spend time with him. I couldn't wait for the end of this film." However, these were reviews for the first film and in her review of the Dog Days film, Abby West of Entertainment Weekly wrote that Greg is a likeable kid.

Description above from the Wikipedia article Greg Heffley, licensed under CC-BY-SA, full list of contributors on Wikipedia. 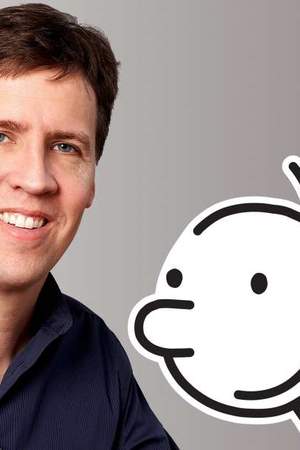