The Faith won a 2007 Stellar Award in the "Rap/Hip Hop Gospel CD of the Year" category. BET, "Lift Every Voice", INSP's "Steelroots", "Mixx Master's Lounge", Revelation TV's "The One to One Show", Word Network's "Bobby Jones Gospel", VIBE, New Man magazine, and Source Magazine have all featured Da' Truth and his music. He is a close friend of Kirk Franklin and has been on tour with him.

In 2009 Lambert released his fourth album called The Big Picture which features collaborations with Kirk Franklin, Trip Lee, and Tye Tribbett. This project hit No. 1 on the iTunes Christian & Gospel Chart on the day it came out, also reaching No. 1 on the CMTA R&B/Hip Hop Chart, No 2 on the Billboard Gospel chart, and No 4 on the Billboard Contemporary Christian chart during release week.

Lambert is married to Nicole Lambert, and is the father of two daughters.

In 2009, after six months of silence on the issue, Lambert admitted to an extramarital affair with Shanté Tribbett, the wife of Tye Tribbett, a friend and fellow gospel artist, who himself had been caught in an extramarital affair with a woman from his choir. Shanté turned to Lambert, a close friend and confidant, for counseling. Their relationship became sexual, and Lambert later announced that he would temporarily step down from his ministerial role and admitted to disappointing his wife and children. Cross Movement Records, Lambert's first label, suspended the artist following the affair's revelation.

Lambert reconciled with his wife by June 15, 2010, and they celebrated a re-commitment ceremony on their eighth wedding anniversary.

Description above from the Wikipedia article Da' T.R.U.T.H., licensed under CC-BY-SA, full list of contributors on Wikipedia. 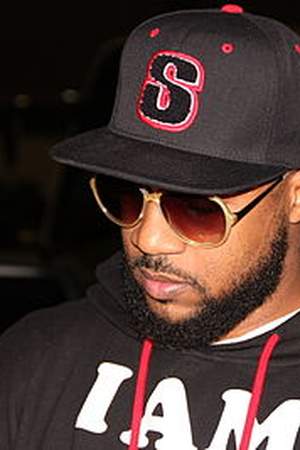