Brian Butch (born December 22, 1984) is an American former professional basketball player. He is currently working as a radio color commentator for the Wisconsin Herd of the NBA G League. He was a center on the 2003 McDonald's All-American basketball team and later attended the University of Wisconsin–Madison on a basketball scholarship. He was briefly a member of the Denver Nuggets of the NBA, although he never played any games for them.

At Appleton West High School, Butch was a two-time Wisconsin State Player of the Year by the *ociated Press. He averaged 22.8 points and 10.1 rebounds as a senior, leading Appleton West High School to a 23–3 record and the Division 1 State Championship game in 2003. Butch is also Appleton West's all-time leading scorer with 1,431 points. He broke a 35-year-old Wisconsin state tournament record by scoring 45 points in the quarterfinals, which was held at the University of Wisconsin–Madison's Kohl Center. Butch averaged 30.8 points in four games at the Kohl Center over his prep career.

Butch was later named a 2003 McDonald's All-American ("West" squad) where he shared the court with players such as LeBron James and Luol Deng. He scored 6 points and grabbed 7 rebounds in the nationally televised contest.

As a redshirt-freshman, Butch played in 27 games, averaging 9.7 minutes, 3.6 points, 2.5 rebounds, 0.2 *ists, and 0.3 blocks. He missed six games with mononucleosis. He scored his then career-high 12 points versus Northwestern University and grabbed a career-high 9 rebounds versus University of North Carolina at Greensboro. Butch was named academic All-Big Ten.

As a redshirt-junior, Butch played in 30 games before severely dislocating his elbow in a 49–48 loss to Ohio State on February 25, 2007. For the season, he averaged 8.8 points, 5.9 rebounds, 0.58 *ists, and 0.5 blocks. He increased his career-high scoring mark to 27 points on December 16, 2006 in an 89–75 win versus then-ranked #2 University of Pittsburgh. The Big Ten conferences coaches selected Butch as All-Big Ten Honorable Mention.

Butch was selected for USA Pan-American game trials in 2006.

After going undrafted in the 2008 NBA draft, Butch joined the Memphis Grizzlies for the 2008 NBA Summer League. He later signed with Jiangsu Dragons of China. He left Jiangsu in November after just 2 games. In December 2008, he signed with Giants Nördlingen of Germany. Throughout the 2008–09 season with the Giants, he played 20 games averaging 10.6 points and 5.5 rebounds.

In December 2009, Butch was acquired by the Bakersfield Jam of the NBA Development League. As the Jam's starting center, Butch was named an NBA D-League All Star. Coming off the bench, he was named the 2010 All-Star Game's Most Valuable Player.

On April 11, 2010, Butch signed with the Denver Nuggets. On August 15, 2010, he was waived by Nuggets before playing in a game for them. Later that year, he re-joined Nuggets for the 2010 NBA Summer League. However, he sustained a season-ending injury in a game against the Lakers, forcing him to sit out the entire 2010–11 season.

In April 2013, he joined Atléticos de San Germán of Puerto Rico. He left in May after playing in 2 games.

On February 27, 2014, the Mad Ants bought out Butch's contract. The same day, he signed with the Meralco Bolts of the Philippine Basketball *ociation as an import for the 2014 PBA Commissioner's Cup.

Brain Butch served as the *ociate Head Coach of the Wisconsin Herd (NBA G-league) from 2017 until 2019. Butch was relieved of his duties in March 2019 as a result of the team's performance.

Description above from the Wikipedia article Brian Butch, licensed under CC-BY-SA, full list of contributors on Wikipedia. 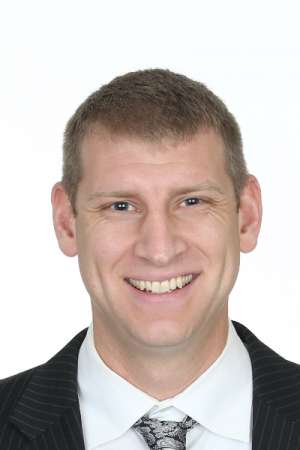