Cable was the grandchild of Thomas Ante and Katherine Pezo. In 1914 his grandfather left the village of Klenovac in Dalmatia, Croatia, and moved to Gary, Indiana. He became a member of the former Hrvatski Sinovi CFU Lodge 396 and would eventually serve as the lodge's president. After Cable's grandfather died in 1950, his family moved to California.

Cable was a standout football player for North Hollywood High School as an offensive tackle, and became a varsity captain in his senior year. He continued playing football after enrolling at the University of Nevada, but eventually stopped after a serious head injury. His other hobbies included motorcycles and guns.

He married Shirley *panas in Nevada in 1985 and she had an affair with Christian Brando, son of actor Marlon Brando, which led to their divorce, according to an interview and essay with Shirley to Penthouse magazine. He and Cable remained friends. In 1987, both were interviewed by Skip E. Lowe on the Skip E. Lowe Globe.

In October 1996, Cable was involved in a motorcycle accident in Laurel Canyon in which he sustained a fractured vertebra in his neck, leaving him paralyzed from the chest down. Cable died of these injuries on March 7, 1998, at the age of 51. His funeral was attended by C*andra Peterson and Paul Reubens. Cable was cremated. The William Laurence *panas Fund was established after his death, supporting the Croatian Fraternal Union Lodge 170 in Merrillville, Indiana.

From 1970, Cable was a model for COLT Studio Group, where he was photographed by Jim French. He was photographed by Bob Mizer for the Athletic Model Guild. Cable later posed for the book More Nudes, photographed by Kenn Duncan, whose collection was donated to the New York Public Library by Kenn Duncan's brother and sister in 2003. He was also photographed by Tommy Marshall, Ray Allen, Robert Scott Hooper, Dave Sands, Jeff Dunas and for Playgirl by David Meyer, Raul Vega and Mr. Blackwell. adult movieographic pictures of Cable having sex with women were published in Hollywood Hotline, Star Nudes, and Hollywood Rated X in the 1970s.

He worked on Elvira's Movie Macabre in 1984 (Episode: Frankenstein's Castle of Freaks). Cable also appeared in the films Pee-wee's Big Adventure, Elvira, Mistress of the Dark, La Posta in Gioco, The Last Tango in Acapulco, Jungle Blue, What's Love, Flesh and Bullets and The Deadly Cure.

Description above from the Wikipedia article Bill Cable, licensed under CC-BY-SA, full list of contributors on Wikipedia. 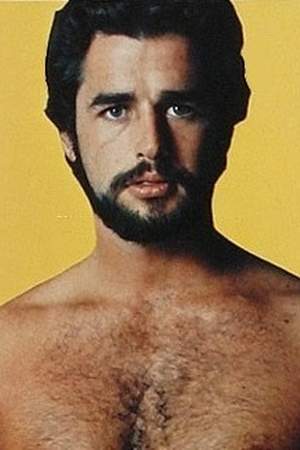