Amr Mohamed Helmi Khaled (Arabic: عمرو محمد حلمي خالد‎; born: 5 September 1967) is an American Muslim activist and television preacher. The New York Times Magazine, in reference to Khaled's popularity in English-speaking countries, described him in 2006 issue as "the world's most famous and influential Muslim television preacher." In 2007, Amr Khaled was chosen as one of the world's 100 most influential people by Time magazine.

Despite his lack of Islamic education and training, his message appeals to a large number of Muslims who want an easy way to understand Islam.

Amr Khaled was born in Alexandria, Egypt, on 5 September 1967. He graduated from Cairo University in 1988 with a degree in accounting. In 2001, he received a diploma from an Islamic studies institute. He received his Ph.D. at the University of Wales, Lampeter, in May 2010 with a grade of A. He began preaching in mosques in 1990 while still working as an accountant. In 1998, he moved to full-time preaching, primarily on satellite television. Khaled's popular lectures, which can be seen on the Iqraa TV channel via the Nilesat direct broadcast satellites, are also distributed over the Internet and on audio and video cassette tapes.

Amr Khaled rejects extremism and strongly denounces the actions of Osama bin Laden. He announced that Arab Muslims want to live peacefully in coexistence with the West. His main teachings remain the same as those before him in more modern media, talking about everyday actions to get closer to Allah such as honesty, humbleness, and being polite. He believes that for society to improve it must change from the grassroots (from the bottom up).Khaled promotes community development in the Arabic and Muslim nation based on what he terms "Faith Based Development" (Arabic: التنمية بالإيمان). The idea is for people to develop their communities and countries with faith as their motivator and guide.

Khaled's primary audience consists of Arabs ages fifteen through thirty-five. Khaled believes these are the ones most capable of changing the Islamic world. He is noted for his natural everyday language and his friendly approach, even joking at times during his lectures.

In 2008, in an open online poll, Khaled was voted the 6th topmost intellectual person in the world on the list of top 100 public intellectuals by Prospect magazine (UK) and Foreign Policy (United States).

Khaled has many shows which were aired on TV in the holy month of Ramadan:

In December 2010, Khaled was invited by Yemeni president Ali Abdullah Saleh to preach and broadcast in Yemen, to counter the growth of Al-Qaeda and other extremist groups in the country causing chronic instability there.

Critics have called his approach "air-conditioned Islam", where hijab is a fashion purchase and televangelists talk about personal success and getting rich, more akin to Joel Osteen and Billy Graham than traditional Islam. Many scholars, including Yusuf al-Qaradawi, have questioned whether he possesses appropriate qualifications to be a preacher.

The British Sunday Times reported on 30 May 2004, that Andrew Turnbull, the cabinet secretary and one of Tony Blair's closest aides, intended to seek Amr Khaled's aid in furthering the British government's agenda regarding Muslims. This article hurt Khaled's reputation among those Muslims who are resentful of the attitude of current western governments towards them.He is also criticized for the significant amount of money he makes from his television shows. His annual income in 2007 is estimated to be $2,500,000.

After the 25 January 2011 revolution in Egypt, Amr Khaled shared in establishing a political party called the Egypt Party and was elected as its president; however, he resigned one day after the 2013 Egyptian coup d'état.

Books by Amr Khaled include:

Description above from the Wikipedia article Amr Khaled, licensed under CC-BY-SA, full list of contributors on Wikipedia. 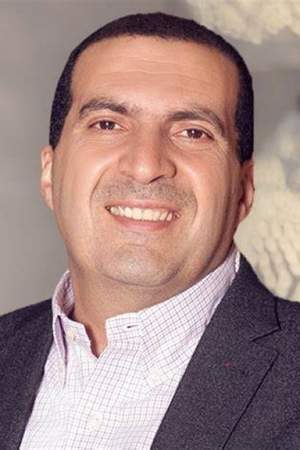