Domingo always gives an artistic performance and it's somewhat amazing

Daniel Barenboim conducts the Staatskapelle Berlin in this production of Verdi's opera starring Anna Netrebko and Plácido Domingo. The Count Di Luna believes that his younger brother was murdered years before by a vengeful gypsy but still hopes that he may be alive. When he attempts to court the beautiful Leonora, he is enraged to discover that she has a lover – the troubadour, Manrico. Manrico and the Count duel, and afterwards Manrico reveals to Azucena, the woman he believes to be his mother, that when he had the opportunity to kill the Count he felt something holding him back. 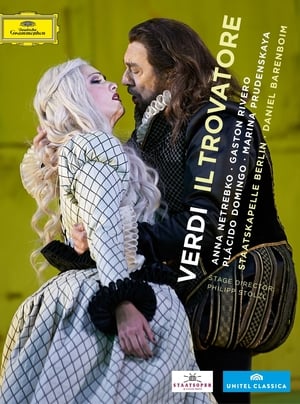 Domingo always gives an artistic performance and it's somewhat amazing