Willem van Hanegem is a Dutch footballer and manager. He was born on February 20, 1944 (77 years old) in Breskens, Zeeland.

van Hanegem is a Dutch football player and coach born in Breskens Zeeland. In a playing career spanning over 20 years he won several domestic honours in the Netherlands as well as two UEFA trophies all with Feyenoord. He was also a finalist in the FIFA World Cup 1974. As a manager he won the league and cup with Feyenoord and spent a period as the Dutch national team's assistant coach.
Read full biography

How tall is Willem van Hanegem?

When is Hanegem's next birthday?

Other facts about Willem van Hanegem

Willem van Hanegem Is A Member Of 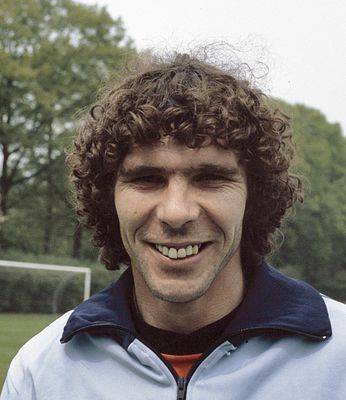