Vittorio Valletta was an Italian industrialist and President of Fiat from 1946 to 1966. Born at Sampierdarena near Genoa Valletta was a lecturer in economics before he joined Fiat in April 1921: as a result of his academic qualifications and background he was often known to colleagues and in the trade as Il Professore.
Read full biography

Other facts about Vittorio Valletta

Vittorio Valletta Is A Member Of 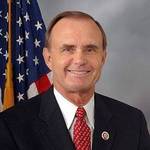