Vaughn Dale Armstrong (born July 7, 1950) is an American actor. He is noted for portraying many characters in the Star Trek franchise, across all Star Trek television series except the original, Star Trek: Discovery, and Star Trek: Picard. He is perhaps best known as the recurring character Admiral Maxwell Forrest in Star Trek: Enterprise. Ultimately he had played twelve different Star Trek characters.

In 1985, Armstrong portrayed drill instructor Sergeant Williams in a production of the play Tracers at the Coronet Theater in Los Angeles. In 1989, he played Father Larkin, a priest-principal of a Catholic school, in Stand-up Tragedy at the Mark Taper Forum in Los Angeles. In 2008, he had the role of Will Torrey, an American union representative in Ravensridge at the Fremont Centre Theatre in South Pasadena, California.

Description above from the Wikipedia article Vaughn Armstrong, licensed under CC-BY-SA, full list of contributors on Wikipedia. 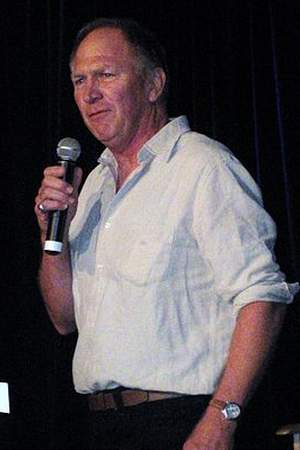