Tyler MacDuff born Tyler Glenn Duff Jr. was an American actor primarily on television westerns and dramas who was cast as Billy the Kid in The Boy from Oklahoma.
Read full biography

He had one child, Dana (67, American film producer and actor) . When his first child, Dana MacDuff, was born, Tyler MacDuff was 30 years old.

There are 6 movies of Tyler MacDuff.

His first feature film was The Egyptian (1954, as Cadet). He was 28 when he starred in this movie. Since 1954, he has appeared in 6 feature films. The last one is Fury at Showdown (1957). In this movie, we watched him in the Tom Williams (as Tyler McDuff) character .

He graduated from Pasadena Playhouse

Other facts about Tyler MacDuff 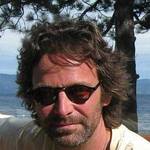 Tyler MacDuff Is A Member Of