Tony Imi BSC was a British motion picture and television cinematographer. He was born in London England. Mr. Imi is survived by his wife Marilyn and their children a son and a daughter.
Read full biography

There are 26 movies of Tony Imi.

Breakthrough (1979) As Director of Photography, he was 41 years old

The Shell Seekers (2007) As Director of Photography, he was 70 years old 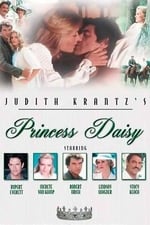 Princess Daisy He was 46 years old

Other facts about Tony Imi

Tony Imi Is A Member Of