In 2005, Itano joined the Japanese idol girl group AKB48 as part of the first team, Team A. She also modeled for the women's fashion magazine Cawaii!, and released her first photo book titled T.O.M.O.row in April 2009. In early 2010, she played Shibuya in AKB48's TV Tokyo drama Majisuka Gakuen. She had a recurring role on Kamen Rider W as Queen, alongside fellow AKB48 performer Tomomi Kasai, until the show ended in late 2010. Together, they made up the sub-unit Queen & Elizabeth. In AKB48's 2010 general election, she placed fourth overall.

Tomomi Itano in an AKB48 presentation at the 2010 Anime Expo, in Los Angeles.

In 2012, Itano was cited as the "Queen of TV commercials" for having more contracts with companies than any other female tarento (although her count of 20 was technically a tie with those of fellow AKB48 member Mariko Shinoda).

2013: Graduation from AKB48 and new beginnings

On February 1, 2013, during an AKB48 stage greeting, Itano announced she was leaving the group. She released her fourth solo single, "1%", on June 12. The title track was used in television commercials for Samantha Vega. The music video was shot in New York, and includes an appearance by the American actress and model Taylor Momsen. Itano had her farewell "graduation" ceremony at the Tokyo Dome on August 25, and a follow-up performance on August 27 at the AKB48 Theater; the performance was streamed live by Nico Nico Namahousou. Her graduation song is "Saigo no Door", which was released as a B-side on one of the editions of AKB48's single "Koisuru Fortune Cookie".

In an interview with Japanese entertainment website Nihongogo, Itano shared her thoughts on transitioning to a solo artist "In a group you perform as a unit with each member playing a certain character role, however as a solo artist you have to be able to play all the roles at once. You have to take on the roles of being cool, sexy, and cute and although it’s definitely a challenge, it’s something I have to strive for achieving."

In July 2014, Tomomi Itano made her U.S. performance debut at Union Square in San Francisco for J-POP Summit Festival 2014.

Tomomi Itano has been cast the lead role of a Japanese foreign student based in China alongside Taiwanese singer-actor Dino Lee in the Chinese romance movie Raincoat (雨衣), as revealed in a press conference the duo appeared in on 29 September 2015. The projected 2-month filming period for the movie that takes place in Shanghai and Tokyo is ongoing. The film is expected for a release in Spring 2016 in three countries.

Description above from the Wikipedia article Tomomi Itano, licensed under CC-BY-SA, full list of contributors on Wikipedia. 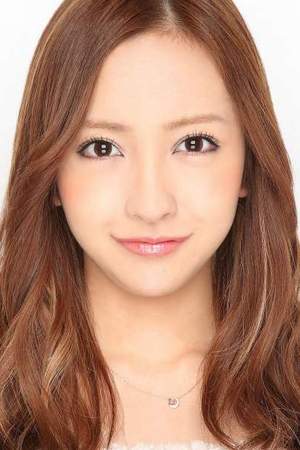