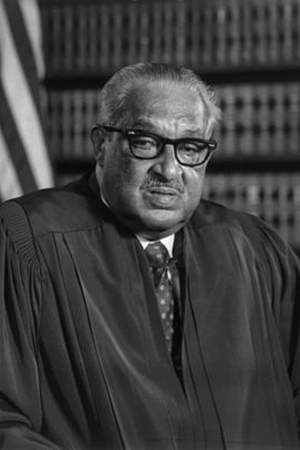 Thurgood Marshall was an Associate Justice of the United States Supreme Court serving from October 1967 until October 1991. Marshall was the Court's 96th justice and its first African American justice. Before becoming a judge Marshall was a lawyer who was best known for his high success rate in arguing before the Supreme Court and for the victory in Brown v. Board of Education a decision that desegregated public schools.
Read full biography

He had two children, Thurgood and John .

He graduated from Lincoln University and Howard University School Of Law

Other facts about Thurgood Marshall

Thurgood Marshall Is A Member Of 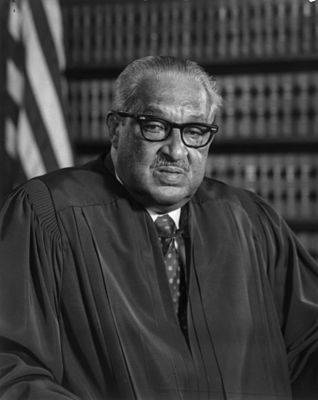