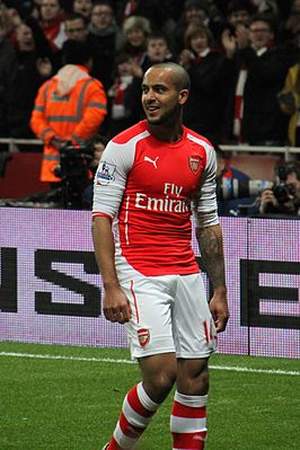 Theo Walcott is a 32 years old footballer from United Kingdom from Stanmore. Theo Walcott was born on March 16, 1989 (32 years old) in Stanmore as Theo James Walcott. His nickname is Walcott Theo James.

Theo James Walcott is an English footballer who plays as a forward for Arsenal and the England national team. Walcott won the BBC Young Sports Personality of the Year Award in 2006. Walcott is a product of the Southampton Academy and started his career with Southampton before joining Arsenal for £5 million in 2006. His speedy pace and ball crossing led his manager Arsène Wenger to deploy him on the wing for most of his career.
Read full biography

How tall is Theo Walcott?

When is Walcott's next birthday?

Other facts about Theo Walcott

Theo Walcott Is A Member Of 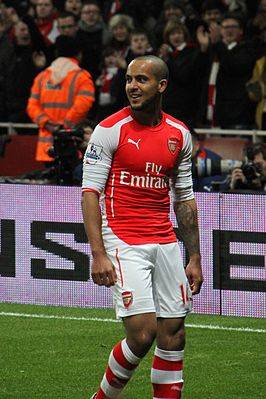