American singer from GeorgiaThis article is about the record producer and singer. For other uses, see Dream (disambiguation).

Terius Nash was born in Rockingham, North Carolina. He moved with his mother to Atlanta, Georgia when he was two years old. After first learning to play trumpet in elementary school, Nash learned how to play the drums and guitar. His mother died in 1992 when Nash was fifteen years old, an event which would inspire him to write songs. He states that the death of his mother gave him a "soft spot" for women, to which he credits his desire to write songs about female empowerment such as Rihanna's "Umbrella". He moved in with his grandfather, a concrete mason who instilled a strong work ethic in young Nash. Of his grandfather, Nash recalls "He came out of a bad time for blacks in the South, but even though we lived in the hood, we had a boat, some cars and a house that was paid for. So I've always had a different outlook on life. There's nothing I can't do."

Nash met R&B producer Laney Stewart in 2001 and Stewart helped him get a publishing deal after Nash wrote "Everything" for B2K's album Pandemonium!. Under the pen name "The-Dream", Nash began writing lyrics for popular artists. He co-wrote Britney Spears' hit "Me Against the Music" from her album In the Zone. He spent two years working on Nivea's second album Complicated, which he executive produced, and continued to write and produce with Christopher "Tricky" Stewart, Laney's brother, which led to Rihanna's 2007 hit "Umbrella". "Umbrella" was nominated for Song of the Year at the 2008 Grammy Awards.

In 2007, Nash signed a record contract with Def Jam Recordings and began working on his debut studio album Love/Hate. The album was produced by The-Dream, his production partner Tricky Stewart, and Los Da Mystro, and featured Fabolous and Rihanna. The album was written and recorded in eight days with twelve tracks making the final cut. Released December 11, 2007, on The-Dream's Def Jam imprint Radio Killa Records, the album featured the singles "Shawty Is a 10", "Falsetto" and "I Luv Your Girl" and received generally positive reviews from critics, as Rolling Stone called it "one of the most likable R&B records of the year" and UrbanMusicReviews.com said that the singer had "hit a home run". In June 2008, The-Dream was named Best New Artist at the BET Awards.

Nash wrote and produced Beyoncé's "Single Ladies (Put a Ring on It)", which was included on her third studio album I Am... Sasha Fierce and released in 2008. The song went on to win the Grammy Award for Song of the Year and Best R&B Song, becoming the first career wins at the Grammys for The Dream.

On March 10, 2009, The-Dream released his second album Love vs. Money. He re-teamed with Tricky Stewart, who produced most of the tracks on the album, and Los Da Mystro. The album featured Mariah Carey, Kanye West, and Lil Jon and featured the singles "Rockin' That *", "Walkin' on the Moon" and "Sweat It Out". Upon its release, the album received general acclaim from most music critics, based on an aggregate score of 83/100 from Metacritic and it was more commercially successful than its predecessor, debuting at number two on the Billboard 200.

During the making of Love King, he recorded a song with T-Pain and expressed that he would like to make a collaborative album with Kanye West in the future. In January 2010, The-Dream stated he was finished recording the album and he called it the best of his three albums. The album was released on June 29, 2010. Before the album's release, The-Dream announced that Love King will be his last solo album. Once again produced by The-Dream, Christopher "Tricky" Stewart, and Los Da Mystro, the album spawned the singles "Love King" and "Make Up Bag". Despite positive reviews from critics, the album was less commercially successful than Love vs. Money, and debuted at number four on the Billboard 200.

On the Love King track "Sex Intelligent (Remix)", The-Dream sang that he would release a follow-up album *led Love Affair on June 7, 2011. On that intended release date, The-Dream released a medley of two new songs *led "Body Work / * My Brains Out" as a free download followed by an album *led 1977 on August 31, 2011, also as a free download. Def Jam Recordings released 1977 commercially on December 18, 2012, with a modified track list. Love Affair was delayed repeatedly and the name was changed to The Love, IV, Love IV: Diary of a Madman, Love IV MMXII, and finally IV Play. In the nearly three years between Love King and IV Play, The-Dream released the singles "Roc" and "Dope *", which were not included on the final track list for IV Play.

IV Play was released on May 28, 2013. The album features guest appearances from Jay-Z, Big Sean, Pusha T, Beyoncé, 2 Chainz, Kelly Rowland, Gary Clark Jr. and Fabolous and the singles "Slow It Down" and "IV Play". On January 8, 2014, he revealed that he had left Def Jam Recordings and was independent. However, as of 2014, he was listed as being on the artist roster of major label Capitol Records.

In the summer of 2014, The-Dream released his first free mixtape called Royalty: The Prequel (EP) to launch to the public his new work. The mixtape consisted of seven songs total, with hit songs "Pimp C Lives" and "Outkast". He followed with "Fruition" and "That's My *" to further introduce his new style of music and his upcoming album, Crown Jewel. Because of complications the album was split into two EP's. Crown was released May 3, 2015. Jewel will be released in the future after the transition to new management. In May 2016, The-Dream uploaded a video to Instagram, and in the description of the video he told he will continue "The Love" series, and his next project will be called "Love Affair" as he said at 2010 in the lyrics of the song "Sex Intelligent (Remix)". On December 9, he released "Love You to Death EP". On Instagram, The-Dream commented to fans that "Love Affair" will be released in March 2017. On February 28, The-Dream featured on a track released by Kanye West on his SoundCloud, en*led "Bed Yeezy Season 5 (ft. The-Dream)".

In addition to his work with Nivea and Rihanna, Nash has written and produced songs for many other notable R&B, hip hop, and pop artists, including J. Holiday, Usher, Yung Joc, Jesse McCartney, Mariah Carey, Karina Pasian, Ciara, Brandy, Diddy, Mary J. Blige, B2K, Beyoncé and Tulisa Contostavlos. In 2009, The-Dream and Tricky Stewart co-wrote and produced the album How to Be a Lady: Volume 1 by the R&B girl group Electrik Red.

In early 2009, The-Dream began working with Christina Milian on her fourth studio album Elope, which led to her signing a joint-deal with Radio Killa Records. The-Dream said that when he was building his label, he went looking for Milian because he believed she was a talented singer. The singer confirmed that her second single would be a duet with The-Dream called "Supersonic". Elope was never released and the material she recorded with The-Dream was scrapped after her marriage to Nash ended.

In 2010, The-Dream was criticized for his cover of Aaliyah's song "One in a Million". Upon the release of the song, fans of Aaliyah voiced distaste for The-Dream's rendition on radio shows and blog sites.

John Calvert of The Quietus writes that The-Dream's "stadium-R&B reinvented the genre as a mythological epic", citing it as an influence on Frank Ocean's 2012 song "Pyramids". Allmusic editor Andy Kellman writes that, with Carlos McKinney and Tricky Stewart, The-Dream "seized possession of the belt for the electronic pop-R&B division, once held by innovators Leon Sylvers III, Kashif and Morrie Brown, Prince, Jam & Lewis, Teddy Riley, Timbaland and Missy Elliott, and the Neptunes".

The-Dream has nine children. After dating for six months, Nash married his girlfriend, Nivea in 2004. They had three children. Nivea filed for legal separation on December 10, 2007. Nash said that although he was in love with Nivea, his lack of experience in a family growing up meant he was "not taught how much more than love to run a relationship. Like, 'cause love isn't just where it's gonna end. It can't start and stop with love. There has to be a certain amount of knowledge and patience that's acquired in order to keep it going and keep it straight, and I found out the hard way." Their divorce was finalized on June 15, 2008.

Nash began dating Christina Milian in early 2009 and she became pregnant. They were engaged in June 2009 and married on September 4, 2009, at the Little White Chapel in Las Vegas. Nash said in an interview that Nivea was still a good friend of his, and that she was also friends with Milian. Five months after their wedding, Nash filed divorce papers in Georgia on February 17, 2010. The couple announced their separation on July 12, 2010, after photos surfaced of Nash being intimate with his *istant. Their divorce was finalized on October 23, 2011.

Nash began dating LaLonne Martinez in early 2014, they became engaged in May 2014 and married on July 3, 2014, at San Francisco City Hall. They have four children.

Nash was arrested in June 2013 in Newport Beach, California for an alleged domestic violence incident, but his girlfriend Lydia Nam declined to press charges.

Nash was arrested on May 7, 2014, on charges of felony *ault and strangulation, reckless endangerment and child endangerment against his then-pregnant girlfriend Lydia Nam for his alleged actions on April 4, 2013, while they were staying at the Plaza Hotel in New York. Nash was cleared of charges, including felony *ault and strangulation, at a brief appearance in Manhattan Criminal Court.

The-Dream has been nominated fifteen times for the Grammy Awards, winning five of these nominations. 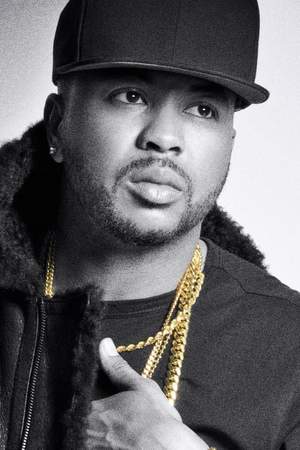