Terry Stotts is an American retired professional basketball forward and the current head coach for the Portland Trail Blazers of the NBA. After a playing career in Europe and the Continental Basketball Association where he played for George Karl Stotts became a part of Karl's coaching staff on multiple teams in the CBA and NBA.
Read full biography

How tall is Terry Stotts?

When is Stotts's next birthday?

Other facts about Terry Stotts

Terry Stotts Is A Member Of 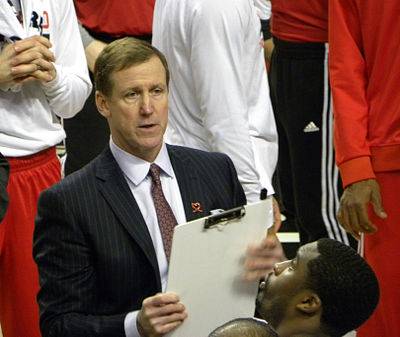