Sy Weintraub was a movie and television producer best known for his series of Tarzan films and television episodes between 1959 and 1968. Weintraub broke with the Johnny Weissmuller formula of portraying Tarzan as a pidgin-speaking noble savage who lives in a treehouse with Jane and Boy. Instead his Tarzan was an educated loner much closer to Edgar Rice Burroughs's original conception of the character.
Read full biography

There are 4 movies of Sy Weintraub.

The Hound of the Baskervilles (1983) As Executive Producer, he was 60 years old 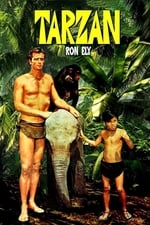 Tarzan He was 43 years old

Other facts about Sy Weintraub

Sy Weintraub Is A Member Of