Born in Belper, Derbyshire, Kendall attended Derby & District College of Art where she studied painting and design. She was a fabric designer at British Celanese and then became a photographic model before becoming an actress. She initially appeared in supporting roles before progressing to female leads in a number of British films in the 1960s. In the early 1970s, she appeared in several Italian giallo thrillers before returning to Britain and played supporting roles in a few more films until her retirement from screen acting in 1977.

In 1968, Kendall married pianist, comedian and actor Dudley Moore, and though they divorced in 1972, they remained friends until Moore's death in 2002.

Following the divorce she remarried shortly afterwards to Sandy Harper, whom Moore also befriended. Moore was godfather to her daughter Elodie. In 2002 she hosted a memorial service for Moore attended by her second husband and daughter.

Kendall now lives in London with her second husband Sandy Harper. Their daughter Elodie Harper is a journalist (at ITV Anglia) and novelist.

In 2012, Kendall made her first film appearance in 35 years in Berberian Sound Studio, billed in some sources as the mother of the lead character Gilderoy, played by Toby Jones, though the end credits on the film list her as "special guest screamer". The film is about a sound engineer working on an Italian horror film, which alludes to several appearances Kendall made in Italian genre films during the 1970s.

Description above from the Wikipedia article Suzy Kendall, licensed under CC-BY-SA, full list of contributors on Wikipedia. 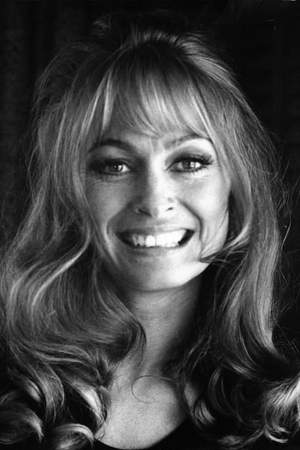