Suzanne Carlisle Crowley is an American children's book author whose books target a young adolescent audience. She is the published author of The Very Ordered Existence of Merilee Marvelous and The Stolen One. Her debut novel The Very Ordered Existence of Merilee Marvelous was an IRA Notable Children's Book and was selected as the Book Sense #3 Top Children's Pick for Fall of 2007.
Read full biography

There are 19 movies of Suzanne Crowley.

Assassination of a High School President (2008) As Casting, she was 44 years old 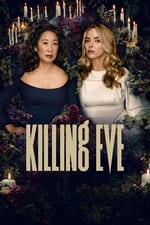 Killing Eve She was 54 years old

When is Crowley's next birthday?

Other facts about Suzanne Crowley

Suzanne Crowley Is A Member Of