Susan R. Wessler Ph. D. is an American plant molecular biologist and geneticist. She is Distinguished Professor of Genetics at the University of California Riverside. Wessler graduated from the Bronx High School of Science in 1970. She received her bachelor's degree in 1974 in Biology from the State University of New York at Stony Brook and her Ph. D. in Biochemistry from Cornell University in 1980. read more

Awarded Foreign Member of the Royal Society in 2016 , awarded The McClintock Prize for Plant Genetics and Genome Studies in 2014 , awarded FASEB Excellence in Science Award in 2011 , awarded AAAS Fellow ,

She graduated from The Bronx High School Of Science, Cornell University and Stony Brook University

Susan R. Wessler Is A Member Of 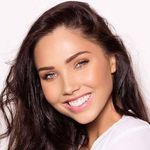